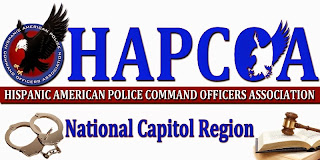 A coalition of law enforcement organizations and civil rights groups are accusing the Maryland State Prosecutor’s office of targeting the former Black police chief of Pocomoke City with a criminal investigation in retaliation for filing discrimination complaints.

The allegations are made in a series of amicus briefs filed with the Maryland Court of Special Appeals on behalf of Kelvin Sewell, a former Baltimore City Homicide Detective who was the first Black police chief of Pocomoke (Full disclosure: This reporter wrote a book with Sewell).

The briefs were filed by the Maryland ACLU, the Public Justice Center, the National Association of Black Law Enforcement Executives, Hispanic Law Enforcement Association and Howard University Civil Rights Law Clinic, in preparation for a hearing on the case, which will occur next month.

Sewell was fired by the Pocomoke city council in 2015 without explanation despite a dramatic drop in crime during his tenure.  In a federal lawsuit joined by the U.S. department of Justice Sewell alleged he was fired for refusing to terminate two Black officers under his command who had filed discrimination complaints against a Worcester County Drug task force.

One year after Sewell was fired State Prosecutor Emmet Davitt indicted him for misconduct for not charging a man who hit two parked cars in May 2014.

A Worcester County jury convicted Sewell on one count after a trial in December of 2016. Sewell has since appealed his conviction.

The reasons for the underlying the investigation of Sewell is the subject of the briefs seeking to overturn Sewell’s conviction.

According to filings, the investigation against Sewell began when a note was left on the windshield of his Lieutenant, Lynell Green, alleging that someone had planted drugs in police headquarters.  Sewell called state police to conduct a search of the department but was rebuffed, according to the filings, because of the pending discrimination complaint.
The filings allege Sewell contacted the Office of the State Prosecutor for help, but investigators there instead commenced a probe of Sewell.

From there the brief alleges investigators turned to Worcester County State’s Attorney Beau Oglesby, who was subject of EEOC complaints filed by Sewell, for assistance.  The filings include emails that reveal communication between both offices during the investigation.

“Despite Oglesby’s key role as a target in the EEOC complaints,” the brief recounts,   “investigators repeatedly reached out to Oglesby as an investigatory resource.”
The brief also raised questions about the decision to investigate Sewell, which it argues was historically unprecedented for the State Prosecutor’s office.

“It seems clear that OSP (Office of the State Prosecutor) has almost never pursued misconduct charges against police officers. Moreover, as best can be ascertained, OSP has never before pursued charges against a police officer for a discretionary decision such as whether or how to write up an incident,” the brief argues.

“Usually what happens whenever you point out racial inequities, that puts a target on your back, to put it bluntly,” Captain Joe Perez, President of the Hispanic Law Enforcement Association, told The AFRO.

“And then they try to find something to use against you to detract from the complaint, itself,” Perez added.

However, Davitt says the allegations are baseless, noting that Sewell’s Lieutenant, Lynell Green was convicted of similar charges. ” No one from the defense ever mentions the fact that it was Lynell Green’s extensive statement to our investigators that the driver of that vehicle had been drinking, that he told Sewell that he had been drinking, and that they discussed not charging the driver because he was Mason – that statement lead to the charges and that statement was not disputed at Green’s trial.”

A separate brief filed by the Howard University Civil Rights Law Clinic recounts the history of racism on the Eastern Shore.  Ajmel Querishi, supervising attorney for the Clinic, says it is critical to create a historical context to understanding the importance of the case.

“If we have a situation in which individuals are discriminated against, feel they are going to be targeted with a police investigation on spurious grounds, no one will ever speak up. If no one speaks up we will never get rid of the remaining vestiges of Jim Crow,” Queres said.

Maryland State Prosecutor Emmet Davitt did not reply to an email seeking comment.
Posted by Unknown at 5:11 PM No comments:

Our groups have identified many families in need, especially so during the holiday season.  These families will be provided with food baskets and other donations to help them in this time of need.  Families can come to La Chiquita Restaurant located at 1500 University Blvd E, Hyattsville, to pick up baskets or baskets will be delivered to families that do not have transportation to our facility. 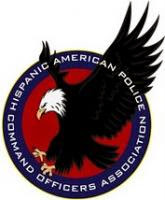 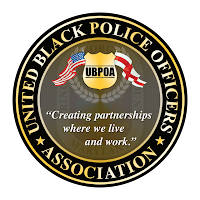 Association members from the Prince Georges County Police Department, and APALA participated in the giveaway of over 60 bikes and helmets.

Mega Mart provided a venue for children and their parents from the predominately Latino neighborhood near the store to safely celebrate Halloween, receive gifts, candy and bikes from law enforcement association members.

This is all made possible with partners such as the Mega Mart in Hyattsville and Metropolitan Protective Services in Lanham,” said HNLEA-NCR Vice President, Miguel Core.

Last year we were able to refurbish several hundred bikes and provide them to people who could not afford them in the community,” said APALA Executive Director, Alex Zunca.

It is events such as this one that brings our communities together and builds a must needed trust in law enforcement, said HAPCOA-NCR Chapter President, Joe Perez.   This event was an enormous success!

Posted by Unknown at 9:09 AM No comments:

In 2015, Chief Sewell stood up for another Black officer who faced race
discrimination, and both became targets for retaliation by white officials. Soon after,
Sewell was abruptly fired without explanation.

This brief argues that Chief's Sewell's prosecution was unfairly influenced by the defendants in his civil rights case, and is otherwise compromised by discrimination and retaliation that minority police officials often face when they stand up against mistreatment.